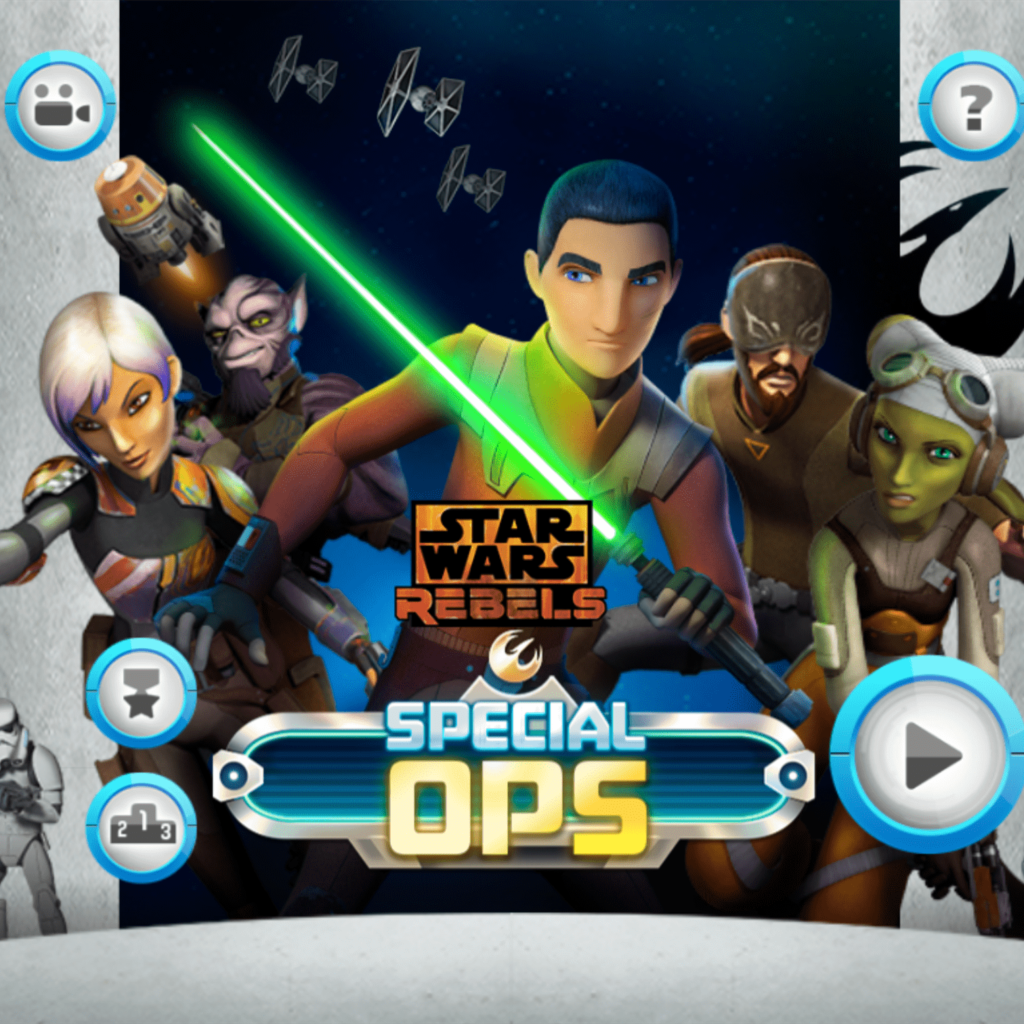 Help the young Jedi knight Ezra and his resistance unit fight the Empire across the backdrop of multiple planets. Choose your hero or heroine and proceed on single character missions of sabotage, rescue and assassination of key Empire villains. Or go on a Co-Op mission with a friend!

Ezra and his companions need your help to fight the Imperial forces and complete various special operations on 3 distant planets. Choose your favorite character (Hera, Ezra, Sabine, Kanan, Zeb or Chopper) then select one of the 4 available mission types (collect supply boxes, clear Imperial outposts, destroy Imperial machines or defeat the Boss). May the force be with you young Jedi!