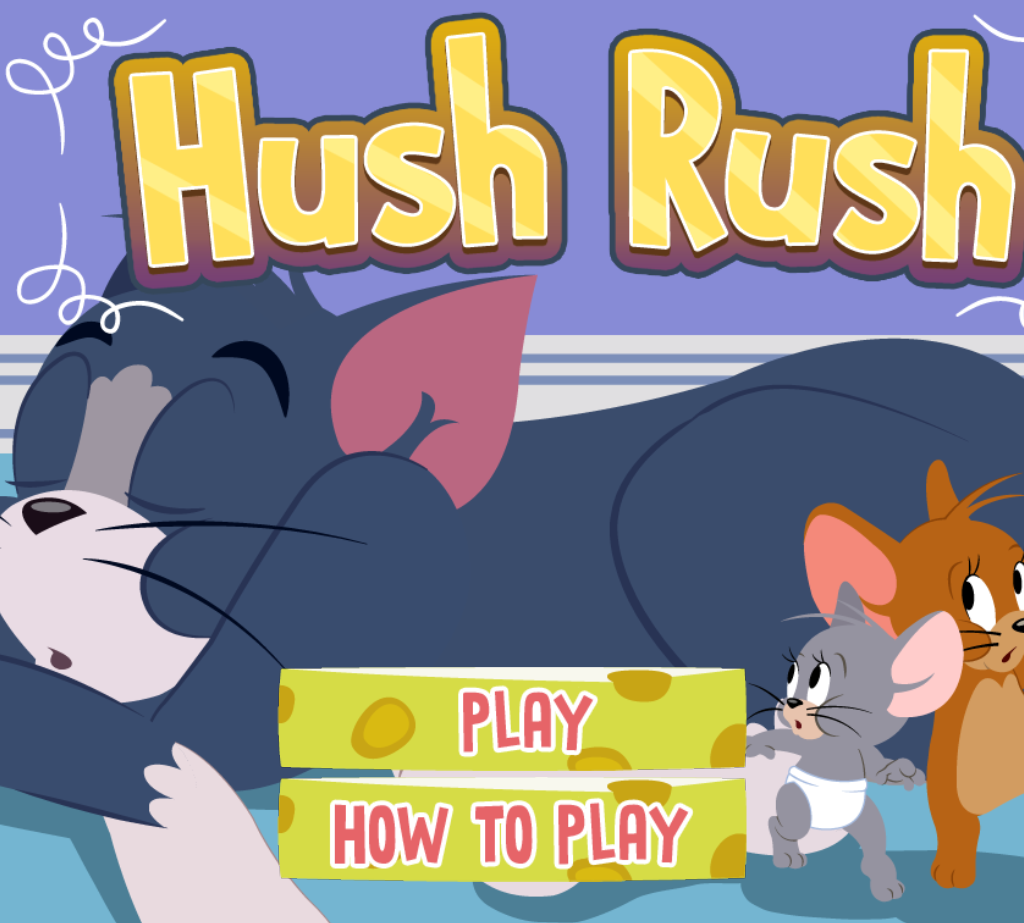 You perfectly know our characters: Tom and Jerry. The cat constantly chases the mouse, and he arranges mischief for his enemy. Periodically they conclude a truce, but it lasts, as a rule, not for long. Usually the cat can not catch the mouse, but there are exceptions, as in our game Hush Rush. Tom lured not only Jerry, but also his little nephew, who came to visit. Now both are in the claws of a predator and until he decided what to do with the captives. For thinking the cat dozed off, the mice had a chance to escape. Help the couple quietly, but quickly escape into the saving mink. On the floor are scattered various objects, if they are touched, there will be a roar and the sleeping cat will wake up.