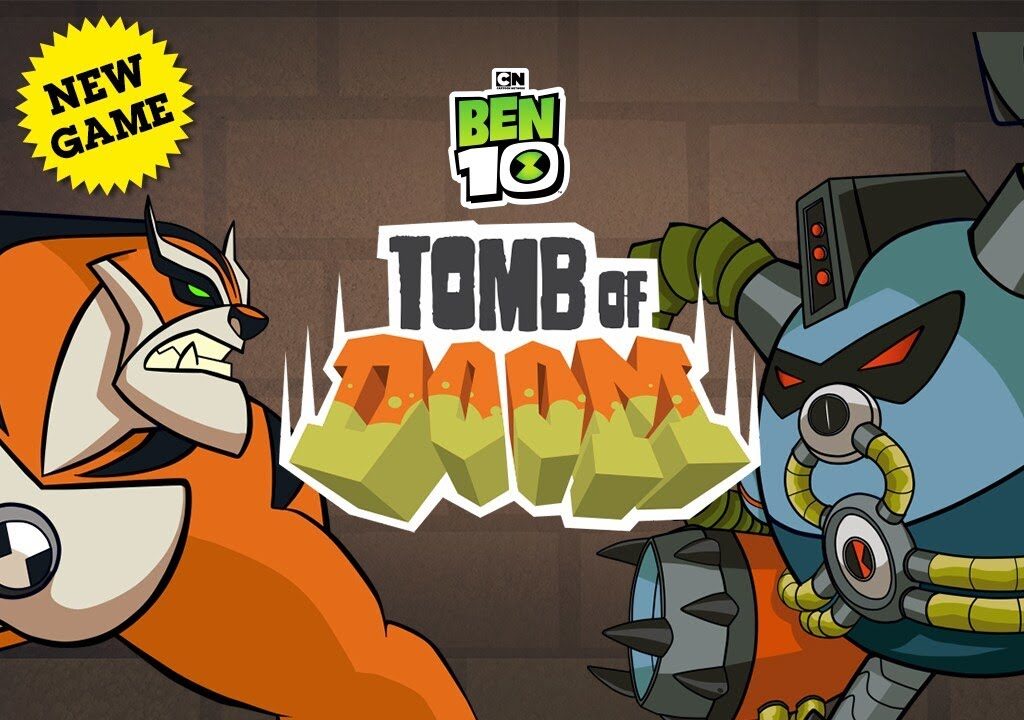 For the huge number of fans of Ben 10 Games online that we have here on our website we are immensely happy that right now we could share with you the game called Tomb of Doom, which is an action game with jumping, one that tests out your skills, and also will entrust to you the fate of the Earth, by helping out Ben 10, the protagonist.

He needs to escape a pyramid where ancient alien robots in the shape of different bugs have been dormant, and they need to be defeated before he gets out, so they don’t exit into the world and cause damage. You will be transformed into an alien and you will be flying up through a tunnel.

What you have to do is click on the screen when you want to kick a robot underneath you, moving the alien by simply moving the mouse to the left and right, and when in position to hit a robot, tap on the screen. The more enemies you take down, the bigger your score becomes.

Some robots need to be kicked more times to be taken out, so be careful. Don’t fall down beneath too many times, because if you do it and you fall down into the acid coming from the bottom, you lose and are forced to start from scratch, so also try to hang on a lot and make a big distance through the tunnel.

Good luck, have fun, and don’t hesitate to invite your friends to also check out and enjoy awesome games with Ben 10 and other Cartoon Network characters on our website!